This blog is on behalf of Pearson.

Esports is one of the fastest growing industries in the world, and is gradually being integrated into the realm of education. With enthusiasts and viewers now reaching over 810 million people, esports provides avenues for many job and career opportunities in a wide range of sectors.

Pearson and British Esports recognise this, and work alongside a variety of partners to spread the word about the significance of esports, and teach the next generation about the pathways available in the industry.

Esports is human-vs-human competitive gaming, where games can be played at live spectator events, or broadcast for anyone across the world to watch.

Most esports titles are team-based, and matches are always played against another individual or group of people. Games can be played on many different platforms, but the most commonly used for esports competitions are PCs - with consoles and mobiles being used less frequently. Depending on the title, you can play 1v1, 2v2, 3v3 and so on - but the majority of esports titles are either 3v3 or 5v5.

In terms of audience and reach, the esports community consists of over 810 million people across the globe, with more people becoming more aware of it and striving to learn more. Now that it is being integrated more into the mainstream, the global industry is predicted to reach revenues of over $1.5billion USD by next year. For the UK, it was established that the industry grew 8.5% between 2016 and 2019, and brought in over £111.5million to the economy.

But how can esports transcend into the education sector?

Why esports and education is a good mix:

With a vast range of jobs and career pathways available, esports goes hand in hand with education as a way to promote development. However, a general misconception about esports being integrated into education is that all you do is ‘just play games’ - which is not the case.

More and more people are getting stuck into the world of esports, and exploring the fact that there are plenty of roles outside of being a player - which opens up a whole world of opportunities for education.

Esports has a significant amount of benefits, including:

All of these skills are vital to learn as you go through life, and are learnt during the course of your education. By implementing esports into education, institutions are able to provide an exciting and unique way for students to learn these skills.

You can learn more about the benefits of esports on young people in the British Esports Parents and Carers Guide, made in collaboration with the NSPCC.

As well as these other skills, esports can be a very good way to develop concentration. In an educational setting, being able to concentrate and focus is vital, and by providing a space for students to put that into practice can make a whole world of a difference.

All of these skills that you can learn through esports are transferable into any career setting, and thus the presence of competitive gaming in education becomes more desirable for the institutions, staff, and students alike.

BTEC qualifications in esports and their value to learners:

In March 2019, British Esports teamed up with global education provider Pearson to develop the first ever esports qualification of its kind in the world. Now, there are more than 1800 students taking the BTEC at both Level 2 and Level 3 - with 70 centres across the UK running the course. As well as this, there are a total of 164 centres approved to run the qualification, but this will begin in the coming academic year.

The BTEC qualifications in esports are very skills-focused, and provide a unique insight into the esports industry. This insight provides key information to support the creation of long-term careers in the industry.

Across twenty units, students can learn about what it takes to host and produce esports events and broadcasts, learn about the health and wellbeing of players, as well as esports brand formation.

By having such a wide range of areas to provide development in, the qualification has become a key part of the industry - bridging the gap of esports in education.

Students can learn about a huge range of factors within esports, and the qualification satisfies the ever-growing skill gap in the industry to provide a clearer path for those wanting to get involved in the sector.

Donna Ford-Clarke, BTEC and Technical Product Director at Pearson said: “The world of esports offers huge employment potential, both in the UK and worldwide. That’s why we worked closely with industry experts to create a career-focused set of qualifications that support the rapid growth of the sector and offer learners a pathway into working in esports and related industries.”

This is incredibly important for the future of both the industry and its presence in education, as the qualification can become more accessible to those wanting to get involved in esports, and provide an avenue through education to begin that journey.

The BTEC continues to grow, with more centres across the globe taking the steps to get involved in one of the fastest growing industries.

Dell Technologies worked alongside OnePoll, and other collaborators, to explore the impact of esports in education, and how we can further enhance the qualifications already available.

One of the main results of this survey was around the impact that esports can have on students, and the links that the sector has to STEM and STEAM subjects. Dell found that: “Of the education stakeholders who believe esports should be taught in schools in the UK, over half (52%) said it would help increase grades in other subjects — while more than two-thirds (67%) believe it will teach students soft skills,” (Dell, p.7, 2022).

With this in mind, the progression of esports into the mainstream has been incredibly significant, and this research backs up the increasing demand for further integration into education.

Moreover, as part of this research, Dell spoke to a variety of individuals involved in the education sector - including a variety of colleges that provide the esports BTEC qualifications.

One institution in particular was MidKent College, and Camilla Maurice, curriculum manager for esports, business and ICT, said: “One of the things that I really advocate for with esports is the development of technological and digital skills that students may not have been able to previously develop due to a lack of access to this technology. This will therefore allow them to make informed decisions about their future education and careers,” (Dell, p.9, 2022).

A surprising statistic that came out of this research was that ‘more than 60% of UK parents believe gaming and esports is a legitimate learning method - however only 32% say they would be happy for their child to have a career in esports,’ (Dell, p.10, 2022). This figure is something that can significantly be improved over time, and the further integration of esports into education can provide more recognition for jobs in the industry to be considered worthwhile.

Furthermore, introducing these career concepts at a school and college level allows for students to have targeted learning regardless of their gender, race or background. The study states how ‘esports in education presents a unique opportunity for a broad spectrum of children to take part, belong to a community and celebrate their skills.’ (Dell, p12,2022) - and how this is ever-improving as esports is further integrated into education.

A prominent issue in the industry is inclusivity, especially with how women are not given as many opportunities in esports as men. Whilst this is improving, the issue still exists. By integrating esports into education at school-age, individuals can learn about equality earlier in their careers.

You can read the full Dell report here.

In conclusion, esports is slowly becoming more prominent in all walks of life, and its involvement in education allows for more people to easily get involved. Without these qualifications and courses, esports would have continued to be a very niche space to get into, with people struggling to gain experience without proper knowledge of the industry. Now this issue has a solution, more people are able to learn about the many wonders of esports, and take that step in education to progress their career in the sector.

Bryony-Hope is the Content Manager at British Esports (BEF) and works closely with the team to create a wide range of content giving insight into the industry. 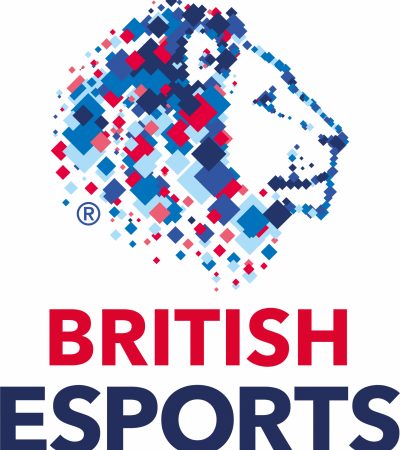