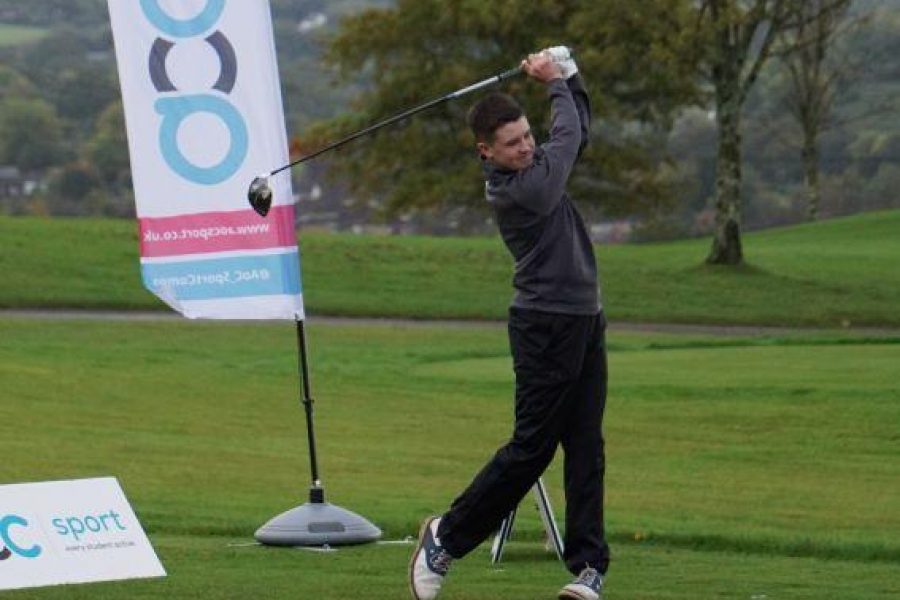 Sixty college students battled it out in the first event of the AoC Sport Open Golf Championships at the Celtic Manor Resort last week.

In the first national golf event since the pandemic, 49 men and 11 women representing 17 colleges tested their skills on the very challenging Roman Road course.

Heavy overnight rain created a very soft course, with conditions made more difficult by the blustery wind. This made the long fifth hole one that many of the competitors will want to forget, fully living up to its stroke index 1 rating.

Seven players ended up with below par rounds in the men’s nett competition, where both Enzo Cryer from Hartpury College and Jason-Powell Hill from Coleg Gwent scored nett 71. Enzo won on the basis of a lower score on the back 9 holes with Scullion finishing in the bronze medal position.

Freya Watts from Itchen Sixth Form College scored 71 to win the women’s nett competition with fellow player Cara Patient just edged out of second place on the back 9 holes, with a score of 74.

In a very competitive team competition Hartpury College’s B team achieved a total score of 298, edging out runners-up SGS College by one shot. Hartpury College’s A and C teams occupied third and fourth place respectively with Itchen College A just behind in fifth place.

The overall national champions will be decided after the second event which will take place on 16 March at the Trentham Golf Club in Stoke-on-Trent.