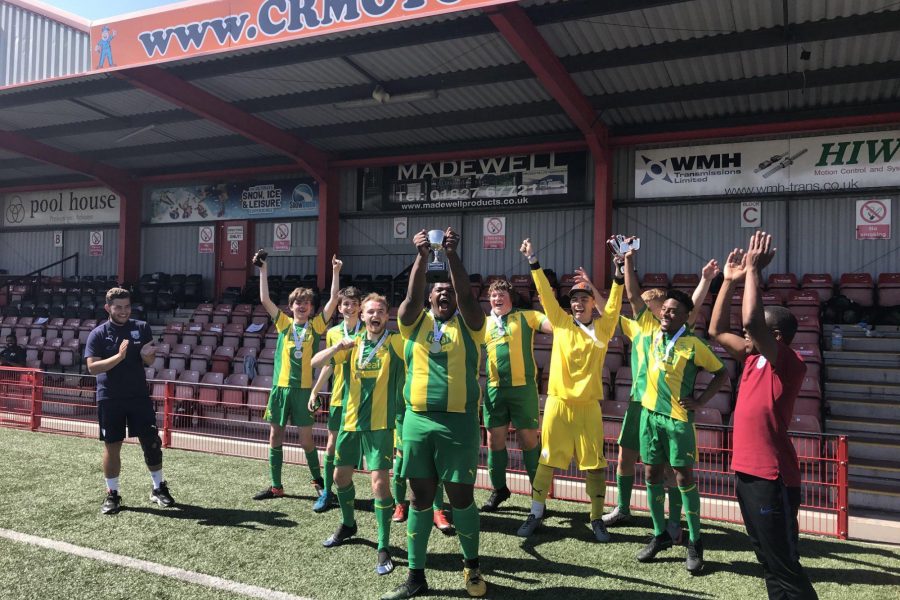 AoC Sport hosted an exciting and competitive T20 Cricket final fours at the Spondon Cricket Club in Derby on 23 June.

Thanks goes to Spondon Cricket Club, the county’s premier club, for giving access to their fantastic pitches and being excellent hosts.

After 18 months of virtually no competitive sports, it was brilliant to see teams from across the AoC Sport regions competing for a trophy in perfect playing conditions for cricket.

All the matches were played in good spirits, were entertaining and delighted all.

Congratulations to Huddersfield New College who were crowned champions after their emphatic eight-wicket victory over Newcastle Stafford Colleges Group (NSCG).

The semi-final matches were close fought but, in the end, NSCG were far too strong for Barton Peveril College and they sealed the victory by 46 runs. It was even closer between Huddersfield New College and Newham 6th Form College, with Newham falling 20 runs short in their chase.

It was a slow start to the final, with NSCG taking the first over cautiously and some dangerous bowling coming from Huddersfield. The first wicket fell in the second over, with NSCG having 12 runs on the board and this was quickly followed by a second at 14 for 2.

NSCG hit back with a few fours and sixes to build up their score but Huddersfield’s spin bowlers stepped it up, taking three casualties in one over after some clever play from the wicket keeper, a catch on the boundary and an LBW. NSCG were finally bowled out in the 19th over for 98.

Huddersfield New College were not fazed by the target however and came out firing with numerous sixes to take the score to 29 for 0 by the second over.

The Huddersfield openers kept going and it took a magnificent catch on the boundary for the first wicket to fall after 94 runs in the fifth over. Another great piece of fielding by NSCG made it 96-2 shortly after.

Thanks to a brilliant batting display from Huddersfield the win was all but sealed but the final batsman made sure with a solidly driven 4 taking them over the run chase scoring 102 for 2 in just 6 overs.

The event at Tamworth FC was AoC Sport’s first major final to take place since the pandemic and included six colleges who had triumphed in regional tournaments.

BMet College took home the trophy after a round-robin competition, which saw them go unbeaten in five matches without conceding a goal.

Stuart Jamieson, Head Coach for the Ability Counts Sutton Coldfield College football team said: “We are extremely proud of the team’s record win which is a true testament to not only their talent, but also to their hard work, commitment and positive team bonding."